Apple’s massive $18bn profit and incredibly low tax rate has given rise to anger in some quarters that the company which is thriving so much because ordinary people are buying its products in prodigious quantities (especially iPhones), is trying its best to wriggle out of paying the taxes that accompany its success. 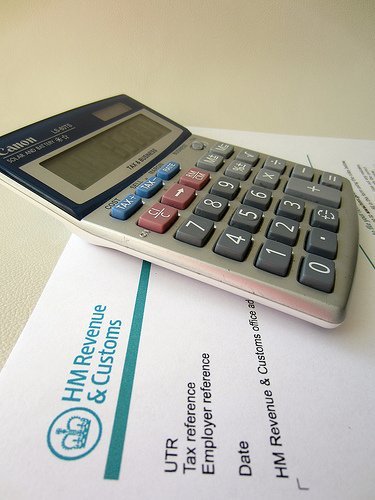 Whatever the headline tax rate Apple ends up paying on its profits (some say it’s as low as 2% in Europe because of creative accounting and Ireland’s generous tax regime), the company is sitting on a cash stockpile of $142bn because it is refusing to repatriate profits to the US and pay the 35% tax due to its home government. That speaks wonders about the way some companies operate in the modern world.

While they are happy to exploit the resources of the countries they are located in when it comes to infrastructure, education, governance, law and order, defence and people, they are unwilling to pay their share of the bill for using them. Schools, colleges and universities, roads, bridges and public transport networks don’t magically appear from the ether. Political stability, effective law enforcement and national security, for example, aren’t optional features companies can choose to upgrade to (or leave off) when it comes to settling their annual bill.

Imagine if someone said “I don’t have children so I’m not paying to fund education or children’s medical services. I’m only going to pay the proportion of taxes that are directly applicable to me. I’m only going to pay a bit to the roads I use (no others), the government departments that I interact with and the national security that applies to the town I live in”. That would be a pretty reprehensible thing to do. It would be one of those instances where you’d be entitled to ask “Where would we end up if everybody did that?”

Well, to all intents and purposes, that’s what so many companies are doing when they choose to exploit loopholes to wriggle out of meeting their tax obligations to the countries they operate in, the people they employ and the customers they sell to.

Last month, President Obama proposed a mandatory one-off 14% tax on earnings held overseas by companies such as Apple and Microsoft. A measure of just how much money those companies are withholding from the US economy can be found in the fact the tax is expected to raise $238bn, which will be used to upgrade roads, bridges and public transport.

While that sounds like a significant number, it’s dwarfed by the $595bn the US economy would have obtained if those companies had fulfilled their share of the social contract by paying the 35% top tax rate on overseas earnings. In other words, they’re being given a tax cut that will save them a collective $347bn. To be clear, this is not money that is being unfairly extorted from businesses, it’s a tax they agreed to pay when they decided to set up operations within the US. The same applies to the tax they owe for operating in other territories.

It says something about modern corporations that they are so unwilling to pay their share at a time when corporate profits (pre and post tax) are at post World War 2 highs. When their forebears in the 1950s were paying a corporate tax rate of 52%, the share of tax from corporations was around 30% of total federal revenues. Today, that figure is down to less than 10%. Here’s a simple question: are corporations today really two-thirds less reliant on public structures and infrastructure than their predecessors were in the 50s?