Have you ever stopped to think how tough it must be for some people out there who don't get the freedom of choice you and I have to buy the technology we'd like but are forced to own and endorse specific technology products for company or political reasons? Me neither. 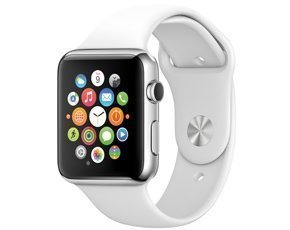 Until that is, I saw a story on CNET which led me to a report on TMZ (video here) where someone asked Melinda Gates if she would be interested in an Apple Watch. She replied: “No, I'm not going to own one” before adding, “we use Microsoft products.”

Now, there's nothing wrong with Melinda Gates not wanting to own an Apple Watch, that's her choice. This isn't the first time she's revealed this either. During a guest editor slot for the Today programme on Radio 4 in December 2012 she said the Gates children asked for Apple products, “but they get Windows technology. The wealth from our family came from Microsoft so why would we invest in a competitor?”

What do her kids listen to their music on? A Zune? I don't know what age the Gates children are but if any of them are teenagers, won't the ban on iPads and iPhones (and Samsung Galaxy phones and tablets too?) only intensify the angst they're feeling at this stage in their lives?

Still, at least when the kids grow up, they can buy whatever they like. Unless they decide to have a career in basketball and end up playing for the Los Angeles Clippers, that is.

Ex-Microsoft CEO Steve Ballmer owns the team and he has plans to force everyone to use Microsoft gadgets instead of iPads. “Most of the Clippers are on Windows, some of the players and coaches are not,” Ballmer told Reuters last year. “And [coach Doc Rivers] kind of knows that’s a project. It's one of the first things he said to me: 'We are probably going to get rid of these iPads, aren’t we?' And I said, 'Yeah, we probably are.' But I promised we would do it during the off season.”

Ballmer has form in shunning Apple products, revealing in 2006 that: “I've got my kids brainwashed: You don't use Google and you don't use an iPod”.

Personally, I think one of the most damaging things you can do to the image of Windows is to be seen to be forcing it on people. The perception that it's technology which businesses impose on their employees and which is primarily developed with business in mind is precisely why it has struggled in the smartphone and tablet markets. Very few organisations (or households for that matter) force people to buy Apple or Samsung products, they buy those products from choice.

I appreciate there's an image problem from the other side if someone heavily identified with Microsoft and Windows, for example, is seen using a rival product over their own. People might say it shows a lack of loyalty or is a public admission that their own company's product isn't good enough. They might be right to say that or they might be wrong but is it any worse than to put your credibility at risk by publicly insisting your product is better and will become a huge success even though everyone else disagrees?

It would seem unbearably constricting to be forbidden from owning or using something, whether it's a gadget, car or any other product, just because it would undermine your public image (or your parent's image) as an executive of a particular company. But I suppose if the choice is between a big salary, corporate power and lucrative share options or the freedom to buy an iPad, Galaxy or Surface even, maybe it wouldn't be so difficult after all.

Is it really that high a price to pay to be restricted in the type of smartphone or tablet you use if your livelihood depends on it? Obviously not. But if you don't use any competing technology, could that make you more blinkered than many of your customers who do? Could it make you appear more remote from the real world of heterogenous devices and gadgets so many of them operate in?