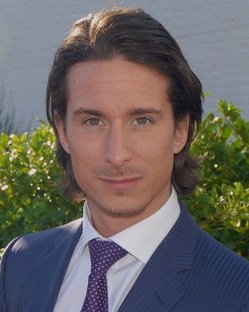 After the gift to blogging that was Stuart Baggs, Network Noise hardly dared hope that its luck might hold for the next series of The Apprentice.

But believe it or not, the comms channel will once again be represented, and we can't wait for the new series to get under way.

Late last week we received a mail from comms billing and WLR3 solutions provider Union Street Technologies, which is bidding a (temporary?) farewell to its dashing sales manager Vincent Disneur.

Vincent is already showing signs of being classic Apprentice material, saying: "My positive approach and very good looks make me stand out from the crowd."

Vincent, a 2010 Comms Business Awards finalist, will be going head-to-head with 15 other hopefuls as they jump through a series of flaming hoops to impress Britain's Angriest Hedgehog, Lord Alan Sugar.

This year, Sugar has decided he won't be hiring the winner but will instead be offering a £250,000 business start-up investment.

After Lee McQueen's reverse pterodactyl, who can blame him?