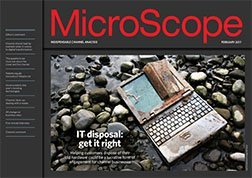 This article is part of the MicroScope issue of February 2017

Apparently, we are all supposed to be pleased by the news that IBM has been issued more than 8,000 patents in the US, breaking the record for most patents in a year. It’s also a cause for some celebration that there was a record total number of patents issued in 2016 (304,126). IBM led the field in patents in the US for the 24th year in a row but, between them, the top ten companies, all technology companies (including the likes of Samsung, Google, Intel and Microsoft), accounted for more than 35,000 patents (11% of all patents issued). Apple was in 11th place with 2,102 patents. Which demonstrates all too clearly that innovation is alive and well in the IT industry. Or does it? If you look at it another way, it all depends what those patents have been issued for. Are they for real innovations or are they merely a means of forcing people to pay a tax for incorporating technology that they all would have thought of anyway into their products? Not forgetting their importance as a mean of making lawyers rich when the inevitable ...