Balancing the risks as an MSP

This article is part of the MicroScope issue of March 2022

There’s a general consensus that the future for most channel partners lies in converting to become managed services providers (MSPs). Many already have. But life as an MSP is not all wine and roses, as a recent survey by LogicMonitor entitled The next-gen managed service provider makes all too clear. The survey found that 84% of MSPs in the UK had experienced an outage or brownout (with an average of 16 outages in a year), and 41% had suffered lost productivity as a consequence. On the issue of cyber security, MSPs revealed that 80% of customers had been affected by cyber attacks and admitted they were “not very confident” in their ability to successfully address a cyber attack. Around the same time the survey was published, it emerged that UK government proposals to update the Network and Information Systems (NIS) regulations included a threat to impose fines of up to £17m on organisations – including MSPs – that failed to put effective security measures in place. With a majority of customers investing more in MSPs and ... 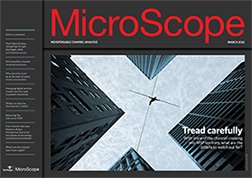